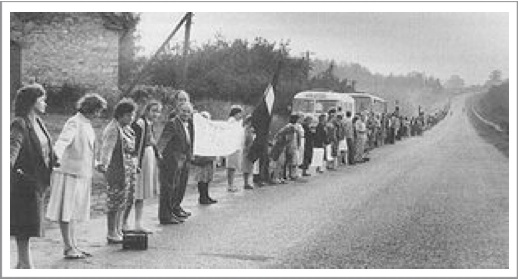 The Brits may be having doubts about their membership of the European Union, but for the Balts there’s certainly no question about wanting to be part of this ‘community of peoples’.
After attending a YWAM leaders’ gathering last week in Riga, Latvia, I flew north to Tallinn, Estonia, to be part of a political consultation on ‘the soul of Europe’. Our host was Tunne Kelam, Estonian member of the European Parliament, and a former independence activist under the Soviet regime.
Tunne had invited a ‘star-studded’ line-up of speakers, including former fellow-dissidents, cabinet ministers, professors from universities in Estonia and Italy, members of political think tanks, the Lutheran and Catholic archbishops, and a former president of the European Parliament, from Germany.
And then there was me, thrown into the midst of this esteemed company.
Our task was to explore the meaning of the phrase ‘the soul of Europe’, as used by Jacques Delors, former president of the European Commission. In 1992 he warned that if within ten years we had not been able to find a soul for Europe, ‘the game would be over’. What he meant by soul, clarified Delors, was ‘spirituality and meaning’.
Opening the event, Tunne explained that his inspiration for the day had been last year’s State of Europe Forum in Copenhagen where he was the keynote speaker. There the question we had asked was, ‘is the game over?’
So the link with our forum was why I had been invited! In Copenhagen Tunne had seen the need to stir up a discussion about Europe’s soul in his homeland. As a believer, he was aware that the European values of freedom, equality, peace and solidarity were rooted in the Gospel. Such values needed to be nurtured and safeguarded. When taken for granted, they could gradually be lost.
Abandoned
Tunne and his fellow Estonians know better than most Europeans what it means to be robbed of these values.  Their little nation of one million people had been the victim of the plot between Hitler and Stalin, sealed in the Molotov-Ribbentrop Pact of 1939, to conquer the nations between Germany and Russia and divide them along an agreed border.
First Soviet forces occupied the land, with one soldier for every 12 Estonians. Then Hitler betrayed his pact with Stalin and invaded the Soviet Union, including Estonia, until the Moscow winter forced his soldiers to retreat. The Red Army once more flooded back across the borders, this time to stay for 50 years. When Churchill and Roosevelt met wtih Stalin at Yalta, they believed his promise to give the Baltics democratic elections, and abandoned the three small states to communism.
Hope
The “Singing Revolution” of 1987-91 eventually saw the restoration of independence for Estonia, along with Latvia and Lithuania, through mass demonstrations and spontaneous singing of forbidden national songs. In September 1988, one third of all Estonians participated in a massive song festival, a celebration of patriotic pride and hope. The following year, on the 50th anniversary of the Molotov-Ribbentrop Pact, two million people joined hands to form the Baltic Way, a human chain 600 kilometres long spanning the three Baltic states.
Tunne and others at Friday’s consultation had played leading dissenting roles against the Soviet occupation and in the formation of the fledgling democratic state. When the chance had come to join the collective security of the European ‘society of peoples’ committed to law and democracy, respecting human dignity, the Estonians and their Baltic neighbours had grasped the opportunity eagerly.
But Europe, said Tunne in his introduction, needed to be more than just law and economy. It needed a soul that gave meaning and purpose.
Lutheran Archbishop Pöder described Europe’s malais as ‘soullessness’, the result of the ego-restricting bonds being dissolved in the 1960’s, replacing responsibilities by interests in the heart of society. Yet human rights were given to each baby by the Lord, he said. And when the Lord was excluded, rights became vulnerable.
The Estonians still have fresh memories of being denied such rights. Which is why Tunne reminded his audience of Robert Schuman’s warning that democracy would be either Christian, or it would sink into tyranny or anarchy.