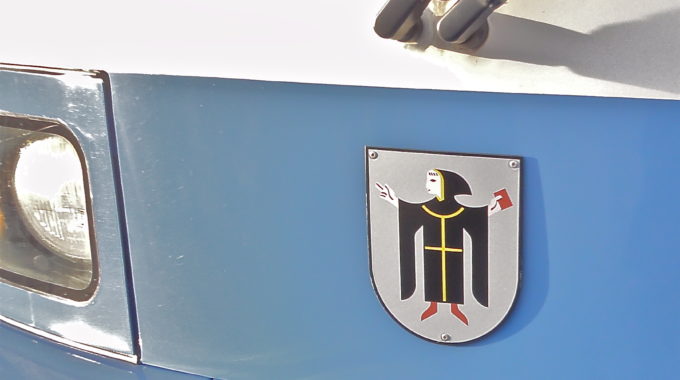 November 11 is Remembrance Day in British Commonwealth countries for all fallen servicemen and women. Hence the red poppies worn over the past few days on the BBC. Initially it was a day of remembrance for those killed during World War I, many of them in Flanders fields in Belgium where ‘the poppies blow/between the crosses, row on row’.
In Germany,  November 9 is the day of remembrance, for different reasons.
November 9, 1989, was the dramatic night when the Berlin Wall was ripped apart by hand and hammer.
November 9, 1938, was Kristallnacht in Munich, when Hitler’s street fighters, the Stosstrupp, were let loose on the city to shatter the plate glass (Kristallglas) windows of Jewish businesses and incinerate the Ohel Jakob synagogue. This was an early signal of Hitler’s grim plan to exterminate European Jewry. Within 24 hours the violence had spread across the country and into Austria, with nearly 100 Jews murdered, over 200 synagogues and thousands of Jewish businesses ransacked.
November 9, 1923, was Hitler’s ‘Beer Hall Putsch’, his failed attempt to seize power, which ended with Hitler in Landsberg Prison and 15 of his Stosstrupp killed.
Last Friday then, November 9, was a significant day to be in Munich for a gathering with leaders of Together for Europe–from Orthodox, Catholic, Protestant, Free Church & Pentecostal movements, guests of the YMCA Munich.
Monks
As we walked the streets and squares of Hitler’s ‘putsch’, the soldiers’ monument where he held speeches, and the new Ohel Jakob synagogue, we repeatedly came across the symbol of a monk with outstretched arms holding a Bible. We saw this monk on trams, on buildings, on top of monuments, on official city signs, on the armsleeves of traffic wardens, even on the maypole in Munich’s famous beer garden. In Old High German, the city’s name meant ‘by the monks’ place’. Here was yet another of the many European cities founded around a monastery where prayer and worship, and the copying and studying of Bibles, was the core business.
How was it ever possible, my Finnish friend asked as we walked back to the YMCA, for the German people with this heritage of the Bible to be taken in by Hitler?
Part of the answer came that evening, as we assembled for evening prayer in St Matthew’s Lutheran Church, built after the war to replace the original church demolished by Hitler to ‘make way for parking space’. The prayer service  was itself a reminder of the pact of love and reconciliation made between leaders of the movements represented across the historic divisions of the European church. Disunity of God’s people had helped Hitler rise to power.
‘Extremism’
Yet the forces of intolerance simmer just below the surface in today’s Europe. As my wife and I made our way back to our hotel via the underground the next day, we found ourselves skirting a huge protest rally of neo-fascists whistling and hissing at the hundreds of riot policemen keeping order. It was a sinister reminder of past days in those very streets.
But not just on the streets. Tomorrow, November 13, in the European Parliament, the appointment of a new Commissioner for Health and Consumer Policy will be considered. Dr. Tonio Borg, currently Malta’s Foreign Minister, is his country’s well-qualified nominee for the portfolio. But because of his Christian faith and personal views on issues like abortion, same-sex ‘marriage’ and divorce, a coordinated campaign opposing his nomination is in full force. For weeks, a coalition of special interest groups has been mounting an aggressive negative campaign in articles, tweets and blog-posts–headed by the European Humanist Federation, the International Planned Parenthood Federation, and the International Lesbian and Gay Association–which, by the way, receives 70% of its annual budget from the EU. [see http://www.europeandignitywatch.org   – ‘European Commission Vacancy: No Christians Need Apply! Nov 9, 2012]
These groups claim that simply holding traditional Christian beliefs on social issues is ‘extremism’; secularist, pro-abortion, pro-gay marriage, anti-Christian views are ‘more European’ than those of the ‘founding fathers’ of European integration, like Schuman and Adenauer, themselves devout Christians!!
What is being demanded is the denial of a qualified person to hold a high-ranking office in the EU simply because she or he is a Christian–and not for the first time.
Which is why remembrance is crucial–not just of the lives sacrificed for our freedoms, but of the very foundations of our freedoms, under threat in new ways again today.
Till next week.
Jeff Fountain

Why & how we should vote

In 28 European nations this week, 400 million voters out of a total population of…

Can we walk together?

A MONTH AFTER RETURNING FROM ROME, I AM STILL PROCESSING THE THOUGHTS AND IMPRESSIONS OF…