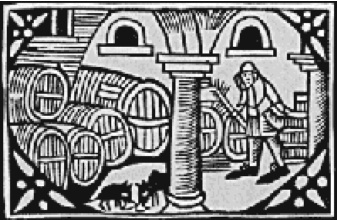 As far as celebrations go, this has been a very crowded week. In Britain and some former colonies today is being celebrated as Guy Fawkes Day. As it falls on a Monday this year, bonfires and fireworks were mostly lit over the weekend. But for anyone not raised in this tradition, it must appear as an antiquated, eccentric festivity, especially when involving the burning of a human effigy.
Last Wednesday in America, and in various European countries, Halloween offered an occasion for crazy dressing-up, partying and spooky fun. More serious Europeans of the Protestant variety commemorated the day as Reformation Day, when in 1517 Martin Luther hammered his 95 theses on the door of Wittenberg Castle church.
To add to the crowded confusion, the next day on Catholic and Anglican calendars was All Saints’ Day (also known as All Hallows’ Day or Hallowmas), followed immediately by All Souls’ Day. Passengers on Dutch trains read their Metro papers on Friday with a wrap-around cover asking, ‘who are you lighting a candle for?’ Prominent Dutch personalities told readers their answers.
In our secularised continent, such commemorations seem totally anachronistic. Yet old traditions die hard.
Actually, all these events are interrelated in some way. They all relate to the fact we are trying hard to forget: that European culture has been fundamentally shaped by Christianity, for better or for worse.
Skulls
Hallowe’en comes from All Hallows’ Eve, the eve of All Saints’ day, when all saints and martyrs, known and unknown throughout Christian history, are honoured. It was a day for attending church and resting, a holy-day (origin of the word, ‘holiday’). Originally celebrated in May, this day was moved to November 1, possibly to absorb the Celtic festival of Samhain, or ‘summer’s end’, as the ‘darker half’ of the year began.
All Souls’ Day on November 2. is a time for praying for the recently departed who are still in purgatory–where the dead atone for minor sins before reaching heaven.
Trick-or-treating may have have come from the custom of children going door-to-door collecting ‘soul-cakes’ as a means of praying for the dead. Masks and costumes  disguised oneself from dead souls looking for vengeance before moving on to the next world. Jack-o-lanterns, carved out pumpkins, with candles inside represented souls in purgatory. Children would sometimes light candles in human skulls in graveyards.
There was another way of shortening the agonies of the departed souls in purgatory: indulgences. Which happened also to be a good way to raise money to build St Peters in Rome.
And here’s the connection with Reformation Day.
For after reading Paul’s letter to the Romans, Martin Luther  became convinced that the buying and selling of indulgences was pure poppycock. So he drew up his list of theses, many of them reasons why indulgences were a sham, and on the eve of All Saints‘ Day, when brisk business in indulgences was expected, nailed them to the town notice board, the church door.
That was the act which led to the split of Western Europe roughly into the Protestant north and the Catholic south. Protestants everywhere rejected the doctrine of purgatory as unbiblical, and with it all Halloween activities.
Gunpowder
In England, after Elizabeth I died, the Protestant King James from Scotland became the heir. Catholics had hoped for more tolerance. When their expectations weren’t met, a desperate plan was hatched to blow up Parliament, and with it the king, the queen and the crown prince, as well as all Protestant nobles.
The unfortunate gunpowder expert, Guy Fawkes, was caught red-handed with 20 barrels of gunpowder ready to blow Parliament, and with it the centre of London, sky-high. He and his fellow conspirators were tortured and executed. On November 1606, Parliament established November 5 as a day of public thanksgiving known as Guy Fawkes’ Day. Now the Protestants had a celebration to take the place of Halloween, still celebrated today in England with fireworks and bonfires.
Dissatisfied Catholics in Scotland and Ireland later emigrated to America, taking with them their customs of Halloween where it would flourish in all states.
But Guy Fawkes has recently made a comeback–he’s the Occupy Movement hero fighting the unjust state. And so an old tradition takes on new meaning.
But who really cares about meaning? In post-modern Europe, its all about having fun.
Till next week.
Jeff Fountain

Patron Of Merchants And Cities

Strange, isn’t it, that the death of an old man in southern Turkey nearly 1700…

The general with the wooden leg

In search of belonging