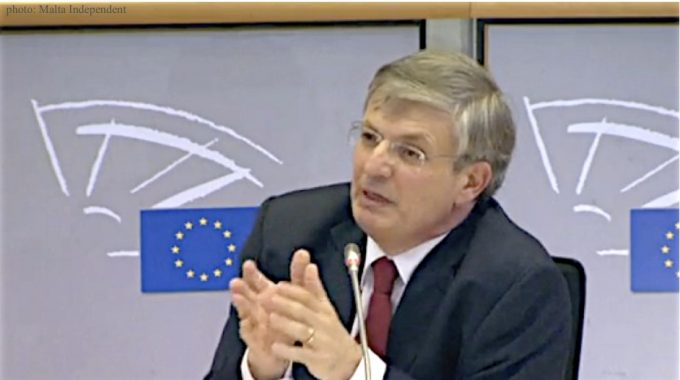 Despite an aggressive and negative campaign in recent weeks against the nomination of Dr Tonio Borg to become the new EU Commissioner for health and Consumer Policy, yesterday’s three-hour hearing in the European Parliament in Brussels resulted in the expectation that his nomination will be given the green light.
As this hearing was highlighted in this week’s WW, and is crucial to defining European values, we are sending this special edition to report the outcome.
Dr. Borg, currently Malta’s Foreign Minister, is his country’s nominee for the vacant commission portfolio. Because of his Christian faith and personal views on issues like abortion, same-sex ‘marriage’ and divorce, a coordinated campaign opposed his nomination through articles, tweets and blog-posts. As reported in WW, two NGO’s heading the campaign were the European Humanist Federation, the International Planned Parenthood Federation, and the International Lesbian and Gay Association.
These groups described Dr Borg’s personal beliefs on social issues as ‘extremist’, and implied that secularist, pro-abortion, pro-gay marriage, anti-Christian views were ‘more European’ than those of the ‘founding fathers’ of European integration, like Schuman and Adenauer, themselves devout Christians.
As late as Monday evening, a press conference by members of the Alliance of Liberals and Democrats for Europe, the Greens, and a coalition of eight civil society organisations called on the European Parliament to reject his nomination. They also called on EU Commission President Barroso to withdraw Dr Borg’s nomination, which they claimed would be ‘a serious risk to the principles of fundamental rights’.
However, as the Labour Party in Malta chose to support Dr Borg, the Socialist group in the EP shifted from their earlier confrontational approach to join with the European People’s Party, indicating a likely majority in parliament next week when a final vote of the whole assembly is taken.
Criticised for his views on LGBT (lesbian-gay-bisexual- transexual), abortion and divorce, Dr Borg said he was never against regulating relationships outside marriage. He would chart his course on the charter of human rights and work to remove areas of discrimination.
For example, he said, when donating blood, people should not be asked whether they were gay, but whether they engaged in risky sexual behaviour. One could be married and still have a risky sexual behaviour, he said.
“I am not here to abandon my beliefs; doing so would be hypocritical and you would see right through me,” he said.
But he would abide by his oath of office where he was bound by the Rules of Collegiality and Subsidiarity.

Is it actual to consider the work of Robert Schuman?

Some said that a big change in European culture happened in 1968. But in my…

Dr. Michael Schluter argues that much of the Biblical law is concerned with relationships. But…

Off to HOT places

THE GIRL BEHIND THE DESK SLAPPED A BRIGHT YELLOW 'HOT' LABEL ON MY BAG, HANDED…