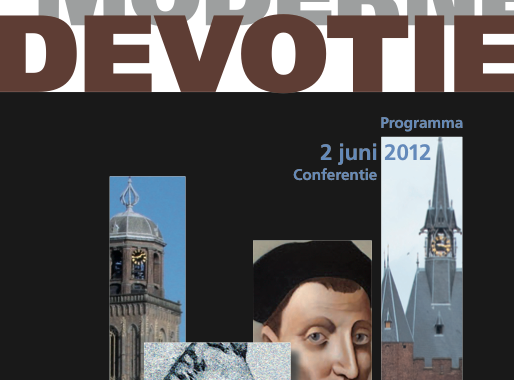 Last weekend in Zwolle, a short drive from my home in Holland, an ambitious programme was presented in several historic church buildings across the inner city to explore the relevance of the Modern Devotion movement of the 15th century for our postmodern times.
Zwolle’s most famous son is Thomas a Kempis, collator of The Imitation of Christ, one of the most influential devotional collections of all time. Thomas spent most of his life in a monastery just outside of Zwolle, one of the main centres of the movement promoting a ‘modern spirituality’ or Modern Devotion.
It was the ‘Occupy Movement’ of its day, protesting at the widespread greed, hypocrisy and carnality in an era of rapid change, church scandals and growing inequalities with similarities to our own times.
When the credit crisis hit the US, the Federal Reserve chairman, Ben Bernanke, quoted Thomas on the need for inner peace first.
As highlighted by several of the speakers from a wide range of backgrounds, the movement’s message of frugality, community spirit and solidarity needed to be heard again in the midst of Europe’s current crises.
Zwolle’s mayor opened the one-day conference reminding his audience that both his city and its sister Deventer were both Hanseatic League trading centres on the IJssel River, and together were the intellectual capital of northern Europe in the 15th century. He and his Deventer colleague recently signed a memorandum of agreement to promote initiatives highlighting the values of the Modern Devotion in the fields of arts, culture, spirituality and education.
Discipleship
Catholic social worker Mink de Vries has been the driving power behind the revival of interest in the Modern Devotion, and designed this national and ecumenical event around the theme, Discipleship and Community. Politicians and church leaders from Eastern traditions to evangelical (among them a cardinal and a monsignor) shared platforms with academics and media specialists giving insight on the movement’s relevance to society today.
Mink had given me the topic, European Community and Discipleship (Europese gemeenschap en navolging). Now, those are two words you don’t often see together!
[Thomas’ book in Dutch is called Navolging van Christus, ‘navolging’ literally meaning ‘following after’.] But as I began to look at our current crisis situation in Europe today, I realised that this topic focused right on the core issue facing us today. Is European community possible without discipleship?
Mink wanted me to share thoughts on how Robert Schuman may have viewed Europe today.
As I prepared, I became more convinced of the timeliness of the renewed interest in the Modern Devotion and thus the aptness of an emphasis on Postmodern Devotion.
I googled to find a possible reference to the infuence of Thomas’ book on Schuman but could only find one article mentioning both names, an interview in a Dutch paper with a certain Jeff Fountain. So, nothing new there.
However it was most probable that Schuman’s mother, a devout Catholic, put The Imitation high on his reading list as she introduced him to devotional literature and encouraged him to build a library–which eventually was to number 8000 titles. Schuman certainly lived a humble and sober lifestyle all his life, despite holding the highest office in France, as if he read Thomas every day!
Spirituality
Few in the audience seemed familiar with Schuman’s role in winning the peace in a post-war Europe riven by hatred and bitterness, and the specifically Christian influences that nurtured forgiveness and reconciliation, leading to the foundation of what we now know as the EU. The questions and discussion that followed indicated a dawning awareness of the relevance of the spirituality of the Modern Devotion for today’s challenges.
For myself, the title Mink had given me to address had brought fresh understanding. How can you have community without discipleship, without an outside reference point and transcendent values? How can you have brotherhood without fatherhood? Hence Europe’s identity crisis.
Schuman was right, and Jacques Delors after him, to stress that the new Europe, ‘cannot and must not remain an economic and technical enterprise; it needs a soul’.
As if reading straight from Thomas’ book, Schuman warned years ago how materialism would corrupt society by cutting it off from its spiritual roots. Only by rejecting this temptation, he wrote, could the European project succeed.
Till next week,
Jeff Fountain

Relationism: Pursuing a biblical vision for society (Part I)

After the series entitled 'Christian Social Reform: What is the Agenda?', we start this week…

Solidarity with the poor