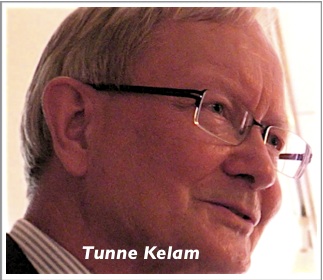 No, the game is not over–yet! There is still hope for Europe, participants at the State of Europe Forum in Copenhagen heard last week. But warnings of serious consequences if radical change is not effected were sounded by several speakers.
Tunne Kelam, a leading dissident of the Soviet era in Estonia  and a europarliamentarian since 2004, spoke of Europe as a sick continent requiring proper diagnosis in order to receive an effective remedy.
The one-day forum, held annually in the capital of the country holding the EU presidency, aims to evaluate the current state of Europe in the light of Robert Schuman’s vision for a ‘community of peoples deeply rooted in Christian values’.
Tunne recalled how the post-war crisis in Europe–which, he said, made our present one seem less serious–was responded to by unorthodox solutions, proposed by a creative minority of practising Christians. Robert Schuman and his colleagues, Kondrad Adenauer and Alcide De Gaspari, believed that democracy was either Christian, or it would become non-existent. Tyranny and anarchy were the alternative outcomes, Schuman believed.
Today such a statement seemed crazy, the keynote speaker admitted. Yet the founding fathers of the European project shared this conviction. So what had gone wrong in Europe since? asked the Estonian. What had made the search for Europe’s soul so urgent?
As a member of the Convention on the Future of Europe ten years ago, Tunne met strong opposition to any mention of Europe’s Christian roots in the proposed constitution.  At that moment he understood the initiative would not succeed because it would not have God’s blessing.
Dictatorship
So now we found ourselves in a situation today described back in 2004 by Pope Benedict, then Cardinal Ratzinger, in a article entitled, Europa ist krank–Europe is sick.
Sure, representatives of other religions still saw Europe as a ‘Christian’ continent, whatever we did. We were seen as Christians and bore the responsibility for that, he added.
But European culture and identity had become hollow and had lost its substance. Loss of eternal values and the dictatorship of relativism and secularism had led to our current crisis, a crisis that had not suddenly come upon us but had been building for decades.
Not only were we living at the expense of our children by borrowing to pay today’s bills, Tunne explained, we were now living at the expense of our grandchildren, whose numbers were diminishing.
And now the moment of truth had arrived. There would be no return to the previous style of living.
But there was hope, he believed. Latvia’s turn-about after becoming bankrupt three years ago, embracing financial discipline and a sober lifestyle, was a signal of hope for Greece and for Europe. But it required turning from selfish consumerism back to the soft values amd eternal truths on which Europe was founded.
This crisis was an opportunity, said Tunne, to reconsider our spiritual values and not to be afraid.
“We have immense spiritual potential,” he concluded, “and the unique tradition of Europe is something to be proud of and to declare in the public square!’
Crash
Dr Gary Wilton, representative of the Archbishop of Canterbury to the EU, likened the current situation to the moment before a car crash: “We don’t know where exactly we are in the process and we certainly don’t know what state we will end up in. What we do know is that it’s not going to be like it was before the crash started. It’s been a long time in the making, and it will be a long time in the solving.”
Economist Dr Michael Schluter called for a Copernican revolution placing relationships rather than economics at the heart of society to give Europe a fresh future.
Dr Evert van de Poll, associate professor at the Evangelical Theological Faculty in Leuven, lamented the widespread ignorance among Christians about the relationship between the Christian faith and European culture, and the resulting spiritual vacuum that had allowed widespread apostacy, as he presented his manual on The Gospel and the making of Europe.
Videos and audio recordings of forum will be posted shortly on www.tinyurl.com/soeforum and www.hopetalks.eu. Next year’s forum will be in Dublin, May 9 &10, 2013. Contact me if you would like to be on the invitation list for that event.
Till next week,
Jeff Fountain

Making history in the Crimea

Over Pentecost weekend, I was invited to speak at a seminar during the Opwekking Conference…

We Europeans sometimes suffer from a Euro-centricism which can blind us to global realities. This…