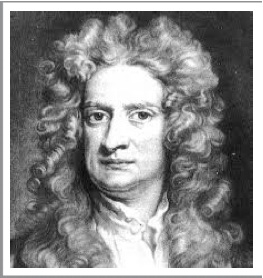 In many European schools and universities these days, believers in God are dismissed as mental dwarfs and intellectual wimps. Yet from ancient times right up to the present, many of history’s greatest and most influential minds have wrestled with the question of God.
Reason and faith, they concluded, were complementary, not contradictory.
The Greek philosopher Plato argued ‘from the order of the motion of the stars, and of all things under the dominion of the mind which ordered the universe’ for a God who was ‘maker and father of all’, the ‘King’. His disciple Aristotle developed this cosmological argument further, reasoning that there must be a First Unmoved Mover, a living, intelligent, non-physical, eternal and most good being.
Paul of Tarsus, one of the most influential minds of all times, argued similarly to his Roman readers that creation and conscience were clear indicators of God’s reality.
Augustine of Hippo (354-430), like Paul, experienced a radical conversion and laid foundations for western theology. For him, the improbable–even miraculous–emergence of the Jesus movement called the Church confirmed the truth of the Scriptures.
Anselm of Canterbury (1033-1109) developed an ontological argument that even the outspoken atheist Bertrand Russell admitted was devilishly difficult to refute: a being whose non-existence is inconceivable is greater than a being whose non-existence is conceivable; but God is the greatest conceivable being; therefore his non-existence must be inconceivable; therefore God must exist.
As a ‘Christian humanist’, Desiderius Erasmus (1466?-1536) was a devout follower of Jesus whose revised Greek translation of the New Testament unleashed the Reformation. Martin Luther (1483-1546) bequeathed to the world the concept of freedom of conscience, while John Calvin (1509-1564) derived foundations for rule of law and modern democracy in Geneva from the Bible.
Jan Amos Comenius (1592-1670), father of modern education, also drew his pedagogical principles from the Bible.
Even John Locke (1632-1704), the influential Enlightenment thinker, wrote a book called The Reasonableness of Christianity, and another affirming the miracles of Jesus.
Most if not all founders of branches of science were believers. Nicolaus Copernicus (1473-1543) and Galileo Galilei (1564-1642), often portrayed as opposing the Church and thus belief in God, were both believers who challenged not the Bible, but Aristotle’s grip on church thinking.
Johan Kepler (1571-1630), mathematician and astronomer, discovered laws of planetary motion on the assumption that God’s fingerprints were waiting to be revealed.
Blaise Pascal (1623-62) mathematician, physicist, inventor of the mechanical calculator and pioneer of probability theory, urged his readers to wager that God did exist, ‘for if you win, you win all; if you lose, you lose nothing.’
Robert Boyle (1627-91), father of modern chemistry, invested in Bible translation and Christian missions.
Isaac Newton (1643-1727) whose mind was as beautiful as his hairpiece–see picture–is considered the greatest and most influential scientist who ever lived, yet wrote four times as much on theology as on science.
But of course, this was all before the modern era, and Charles Darwin (1809-1882)! He changed everything, didn’t he?
Believe it or not, Darwin was actually a creationist! In The Origin of the Species he referred to creation over one hundred times. In his introduction, he quoted Francis Bacon (1561-1626), the pioneer of the scientific method, as encouraging study of both God’s book of words, the Bible, and God’s book of works, creation, or nature.
Albert Einstein (1897-1955), who really did change everything, said famously that ‘science without religion is lame; religion without science is blind’.
Antony Flew (1923-2010), one of the foremost champions of atheism, shocked followers like Richard Dawkins when DNA research convinced him that there was intelligence behind the origins of life. His last book was There is a God.
Francis Collins (1950-), head of the Human Genome Project, writes in The Language of God about his journey from atheism to faith in God, and about how physics, chemistry, biology and reason are compatible with belief.
So let’s be reasonable!
Does today’s widespread anti-God attitude in educational and academic circles stem from ignorance or prejudice? It surely is not professional.
Next week we’ll examine why the Bible bluntly describes those who say there is no God as, well, fools.
Till then,
Jeff Fountain

From pope to fellow pilgrim

The missing Christians: a global call (Part I)

An article from Vista Magazine (edition 31) Something has gone terribly wrong. One third of…