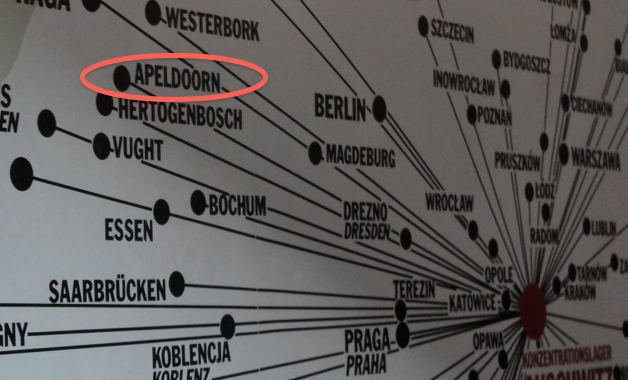 Most of us living on this planet today have no living memory of the Holocaust. Yet it is a dark chapter of the human story all of us need to remember.
Frankly we’d prefer not to have to think about this ‘stain on Europe’s history’. Some even try to deny it ever happened, despite overwhelming evidence and living testimony.
But for God’s sake, our own sake and the future’s sake, we must remember.
Friday, January 27, was Holocaust Memorial Day, the anniversary of the day in 1945 when Allied soldiers entered the Auschwitz-Birkenau death camp near Krakow in southern Poland and could hardly believe what they saw.
Yesterday across Europe and around the world, events were held to remember the six million Jews who died as a result of the Nazi madness that followed the Wannsee Conference in Berlin 70 years ago.
And not just Jews; half a million Roma and Sinti gypsies, at least 200,000 people with disabilities, and many thousands of other ‘different’ people: black and ethnic minorities, gays and lesbians, alongside politicians and intellectuals, church and business leaders…
Last week in Brussels, the newly-elected President of the European Parliament, Martin Schulz, said that Germans like himself born after the war were not guilty for what happened 70 years ago, but were “nevertheless responsible for remembering and passing on the remembrance to the next generation”.
As President of the European Parliament, he said, his first obligation was ‘to defend the Jewish people and the State of Israel’. Earlier in the week he had taken measures to ban Holocaust denial in the European Parliament.
Indifference
Holocaust Memorial Day prompts us all to reflect on the human tendency towards indifference and apathy: to look the other way, to not to want to know, to deny, to avoid responsibility.
While the Nazis clearly planned the Final Solution, other Europeans were strongly tempted to look the other way. Ireland’s Minister for Justice condemned his own nation’s wartime government last week for having chosen to ‘do and say nothing‘ at the time. A recent book has highlighted Queen Wilhelmina’s indifference to the fate of the over 100,000 Dutch Jews who perished in the Shoah. In five years of radio broadcasts from exile in Britain, she devoted a mere five sentences to them.
A few months ago I noticed a bronze plaque on the wall of the Apeldoorn train station where I often take the train to Schiphol Airport. It commemorated half a dozen railway workers from Apeldoorn, casualties of the war.
Shortly afterwards, I found myself standing in front of a large map in Auschwitz, showing the multiple train stations spread across Europe from which Jews were transported under inhumane conditions to their fates in the deathcamp.
The name ‘Apeldoorn’ jumped off the wall at me. Hundreds if not thousands of Jews had stood on that platform so familiar to me, I suddenly realised, unknowingly waiting for the gas chambers! But where was the bronze plaque, the statue, the engraved stone in their memory, reminding future generations of the dangers of indifference?
Sacrifice
Two outstanding films about Auschwitz are well worth viewing to keep such painful memories alive. The first is The boy in the striped pyjamas, based on the John Boyne novel–an improbable but poignant and insightful portrayal of how ‘decent‘ people could live next door to hell.
The other is a BBC Scotland production, God on Trial, a masterfully-scripted story about Jewish prisoners in Auschwitz, who, in the ancient tradition of arguing with Yahweh, decide to put God in the dock for breach of covenant. Rabbinical arguments explore their pain and suffering from all sides.
“What if some great good were to come of this?” one prisoner asks. “Perhaps a return to Israel.” A sacrifice must be the best, he reasons, a burnt offering, a holocaust.
France’s recent decision to outlaw denial of the Armenian genocide during and after World War One–greatly upsetting the Turks–underscores the need to remember. International outrage at the time was followed up with little concrete action against Turkey. The following decade, Hitler justified his brutal and merciless strategies by asking ‘Who, after all, speaks to-day of the annihilation of the Armenians?’
Which is my cue to drag out Edmund Burke’s famous quote, ‘All it takes for evil to triumph is for good men to do nothing.’
Till next week,
Jeff Fountain

When hope comes to town

Whatever happened? (Part I)

Better, worse or the same?

“Is the world getting better, worse or staying the same?” If you think it is…

If this is reality…