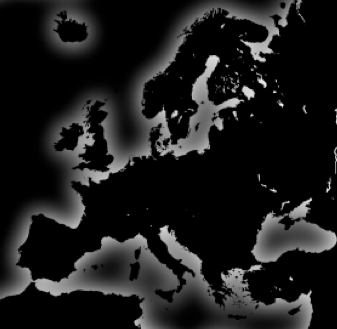 weekly word: Each time we gather as the Hope for Europe Round Table, we remind ourselves why.  This time, over the past two days, that question was more pressing. If we can believe the media these days, Europe really is becoming the hopeless case.
Some years ago, sociologist Grace Davie wrote a book called Europe: the exceptional case. The prevailing thesis had been that modernisation and education would eventually bring the world in line with secular Europe; religion and other superstitions would gradually become marginalised to the point of irrelevancy.
As the new millennium approached, the awkward realisation dawned among secularists that the world was not following Europe’s lead, but rather that of America. Religion was making a global comeback. As Davie explained, it was Europe that was becoming marginalised.
More recently, with the worsening economic crisis bringing the very existence of the Euro into question, Europe is now being cast as the hopeless case.
So as we converged in Amsterdam from across the continent for this year’s Round Table, as convenors of various ministry networks under the umbrella of Hope for Europe, we asked ourselves afresh why we were partnering together. And, was there really hope for Europe?
Stand firm
This week happens to be Prayer Week sponsored by Evangelical Alliances across Europe. Sunday’s reading included the following verse from 1 Corinthians 15:58– Therefore, my dear brothers, stand firm. Let nothing move you. Always give yourselves fully to the work of the Lord, because you know that your labour in the Lord is not in vain.
That reading gave us a good start. Whatever the circumstances, Paul en-courages us (give us the courage) to stand firm, knowing that our labour counts for eternity.
Especially in times of uncertainty, we need to meet as partners to en-courage one another, to remind each of God’s sovereignty and purposes, and to strengthen our personal relationships and vision.
Discussing the challenges of recession, unemployment, social unrest and an increasingly aggressive secularism, we saw them as pressing reasons for our ministry networks. How much Europe needs to be influenced by Christianity’s ‘soft powers’ of truth and love!
Some say investing in mission in ‘darkest Europe’ is a waste of time: we should invest where we can see bang for our bucks. And that’s obviously not Europe! Europe is still a wealthy continent; our money should go to the places where gospel hasn’t been preached. Besides, people say, Europe has had its chance for the last 2000 years. ‘Let’s put our money where we can see God at work.’
Which sounds all very reasonable. But is actually shortsighted. Our investment should reflect the values of the gospel, not the efficiency of the marketplace. It should reflect spiritual needs, not simply material wealth. And judging by the gospel of unbelief Europe exports around the world, the spiritual needs here are great.
Globally, Europe remains hugely strategic. Twice as many foreign students–tomorrow’s majority world leaders–are being trained here as in the US, many in deeply secular worldviews preparing to be taken back home. While we can rejoice in the growth of churches in the majority world, we need to take seriously the inroads of secularism and unbelief beginning to undermine this growth–especially among children and youth. Clear signs are emerging that the pre-modern world is being impacted by the modern, with its secular gospel.
Evangelical Ivy
A broad but shallow Christianity has been described as ‘evangelical ivy’, easy to uproot. We need of course to plants real oaks.
These are issues needing to be addressed at the source, in Europe. Luther said that if even we can defend every doctrine eloquently, if we ignore those issues where the world and the enemy are attacking, we lose the whole battle!
As we returned from Amsterdam, the news on the car radio reported heavy criticism of a Christian ministry counselling homosexuals; ridicule was also being heaped on rabbis of Amsterdam’s Jewish community for their letter claiming a propaganda offensive in the media to convince the public of the legitimacy of homosexuality. As if to prove their point, television reports that evening presented footage of homosexuals kissing as normal, civilised, accepted behaviour…
Yes, the challenges are great in Europe. Yesterday’s evangelistic approaches no longer appeal and we must find fresh ways to communicate truth and love. But this is no time to give up hope.
Because it is always God’s will for God’s will to be done – even in Europe.

A Copernican revolution in thinking was needed to establish healthy foundations for  European society. Dr…

God’s mandate to mankind to preserve the creation