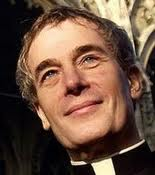 Prof. Dr. Antoine Bodar is a well-known Dutch Catholic priest and television personality and commentator on current events. He was professor in Christianity, Culture and Media at Tilburg University in the Netherlands until December 2011, when he gave this farewell lecture on Dec 15.

Secularism is depriving Europe of its tradition and is undermining the continent’s foundations. The result is that Europe has no identity and will not grow towards a real unity, argues Prof. Antoine Bodar.

Let’s briefly look back to the late fifties of the last century, when Europe was in optimistic reconstruction and countries not so much tried to restore confidence as to strengthen it. The fathers of Europe at that time spoke of the soul of Europe. Robert Schuman in 1958 thus addressed the first European Parliament: “All countries in Europe are saturated by the Christian culture. That is the soul of Europe that one should restore.”

To unite Europe on a religious-cultural basis straight away proved too idealistic. If a unity of the soul, was not possible, then perhaps of the body, or even better the stomach. Jean Monnet stated in 1952 that the establishment of the European Coal and Steel Community (ECSC) was not just a cooperation for production. No, it was the beginning of Europe. Indeed, it would be realistic to start from the economy and over time politics and everything else would follow, including culture and religion.

Inspiration
In the early nineties, when the economic integration and political unification was progressing, calls for the soul of Europe were heard again from the lips of senior politicians from Europe. To really work together, Europe needed a soul. Jacques Delors, the then President of the European Commission said in a speech in 1992, held in Strasbourg Cathedral: “We must give Europe a soul. […] If we in the next ten years do not succeed to give Europe a spirituality, a meaning, then the game will be up.” Which soul? The Christian soul.

The professor of philosophy and liberal politician from Pisa, Marcello Pera, (a former atheist but now no longer an atheist but “non credente”, not religious) mentions in his 2008 book “Perche dobbiamo dirci Cristiani” (Why we should call ourselves Christians) that the absence of the European soul is no less than the loss of European identity. If that identity is missing, European unity will not be achieved, says Pera.
No identity or soul was apparent in the Lisbon Treaty, signed in December 2007. For where is identity when only inspiration through “cultural, religious and humanist inheritance of Europe” is mentioned, as in the preamble? How can citizens of individual states be encouraged to be less nationalistic and more European? What is the inherent or actual attractiveness of Europe?

Abstraction
The values ​​on which the European Union is founded, are indeed the respect for human dignity, equality, solidarity, etc.. But are these typically European, or rather intended for the whole world? Actually, these values ​​are universal. The European Charter thus gives the Europeans no special identity.

The we-feeling as Europeans is only fed when we consider our shared history, our shared tradition. Is not that tradition primarily Christian? But we (secularists) don’t want to know about that any more. And hasn’t that history  brought only wars and misery with it, as well as the ghosts of communism and Nazism? Certainly. Are we sometimes proud of our colonial past? No, but colonization has not only brought disaster. Precisely in the common tradition of Europe, our continent has not only bad things to the rest of the world but also given much good. The time has past when Europe saw itself as the center of the world, and rightly so. But we need not exchange overestimation of ourselves as Europe with underestimation.

Quicksand
The Christian roots of Europe remain unnamed in the Lisbon Charter. Pope Benedict, following Pope John Paul, calls this a thorn in the side. Europe is the theme that constantly recurs in his writings. Thus in 2004 with Marllo Pera jointly written book “Without Roots”. Do these roots have to remain unnamed to spare the feelings of non-Christians?

But they are a historical fact. Do the Muslims as well as unbelievers need to be protected? Muslims feel more offended by the cynicism of a secularist culture that denies its own foundations. Or the Jews? Their roots reach beyond Europe to Mount Sinai. To not mention God offends other faiths and they are insulted by efforts to construct the human community entirely without God.

Indebted
So how should we view the European culture in the present, of which Christianity is the soul? Broad and spacious – and open for historical developments.

Today, the culture of Europe is often referred to as Judeo-Christian – often to emphasize its difference from Islam. The term “Judeo-Christian”, referring to European culture, has only been used this way for the past sixty years. Previously it was simply called Christian culture.

And Muslims? They also belong to the culture of Europe. For 780 years they were part of the Iberian Peninsula until their expulsion-along-with the Jews in the fifteenth century. They lived in Sicily, and as inhabitants of the Ottoman Empire, spent  500 years in the Balkans until 1878.

Judaism and Islam are part of the culture of old Europe, as much as those two movements esteemed in Northwest Europe, Humanism and the Enlightenment. However it would be fitting for contemporary humanists to recall the  Humanism of the Renaissance: Christian humanism – uniting the best of the classics with the beauty of the Christian faith.

The Enlightenment is also indebted to Christianity. It did indeed free itself from the tutelage of the Church and reason was exalted, although then as always the Christian faith has also sought reason. The Enlightenment has taken the faith in progress of Christianity, and secularized the goal of eternity to the temporal.

Enlightenment philosophers of that time were also believers, preferring as did Goethe, Herder and Hamann,  theism, pantheism or panentheism. In other words, the conversation between Christianity and the Enlightenment was still possible and gave common expression to civilization.

Bigotry
And now? In the opinion-forming circles of the country, the tone is no more secularized. It has become secularist.It is foolish, not to say retarded, to suggest religion should influence society. Religion, Marx’s ‘opium of the people’, is only good for comfort the stupid. Secularism mocks and slanders religion.

Marcello Pera points out in his aforementioned book “Perche dobbiamo dirci Cristiani” (Why we should call ourselves Christians) that secularism splits the West – especially Europe from America. The “one nation under God” with a President of the United States praying in public, is barely understood in Europe. And what is called “civil religion” in America is seen in Europe as bigotry, if not fundamentalism.
Secularism is increasingly depriving Europe of its tradition and foundations. Consequently Europe cannot grow in a common identity and in real unity in a way that citizens of a particular country can also feel to be Europeans.

Criminal
Among the secular elite, it is not so much Islam as Christianity, especially the Roman Catholic faith, that is despised. Faith is for the simple-minded, the argument goes. Muslims are hardly redeemable, but Christians should know better. No, these right-minded people don’t fear Islam. It’s Christianity that they have to suffer. They have become christophobic.

Many prominent opinion leaders in this country are anti-Christian, while having almost or totally no knowledge of Christianity, the Bible, the ‘bible belt’, or mother church.Their opinions far outrun their knowledge. It would be advisable for the country’s opinion-forming elite to study more and not only consider the tangible and visible as the sole measure of reality, and thus to realise how limiting and oppresively restricting reason alone can be.

I propose that hostility toward Christianity, and in particular the worldwide Roman Catholic Church, in these circles of opinion leaders, should end. Obviously I do not mean that abuses are not to be exposed wherever they occur. But to accuse the church, my church, to be a criminal institution, without any qualification, fails to go beyond the level of an uninformed shouting match.

Let that opinion-elite remind themselves that they, at least most of them, like it or not, are still culture-Christians. Even unbelievers, agnostics and atheists are descendants of European culture. It’s like children rebelling against their parents. A period of being against them may be part of the maturing process.. But children who eventually do not want to know their parents have not grown up.

Endeared
To remind ourselves that Europe was originally a Christian culture, means to become aware of the sources from which we originated – the Jewish Bible, Greek philosophy, Roman law. But it also means recalling how Christians have related to non-Christians in Europe in the past so that those shameful things done in the name of Christianity, but that are not rooted in true Christianity, can no more be done. May the sorrow about these things now become part of the identity of this continent, so that Europe can be loved by all.

Back to the beginning

Enlargement – the Way forward for the European Union?