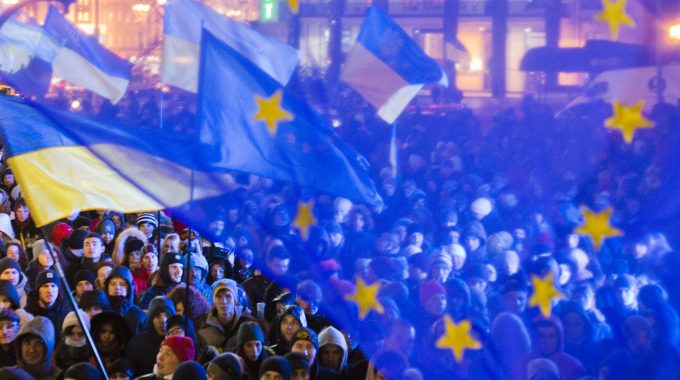 This is a summary of the speech given by Mr. Titus Corlățean, former Romanian Minister of Justice and Foreign Affairs and current member of the Romanian Senate, during the State of Europe Forum 2019 in Bucharest. Written by Cédric Placentino

Eastern Partnership and the Future of Europe are part of the Romanian priorities for this presidency of the Council of the EU.

One of the priorities of the Romanian presidency of the council of the EU was to focus on the profile of the EU at the international level. Even though this seems to be an ambitious target it is nevertheless an important one. Romania wanted to work specifically on the theme of the Eastern Partnership.

For Romania and other countries of this part of Europe, the enlargement process is a must. As far as Romania understands this topic, the only solution for having a stable, peaceful, democratic and prosperous environment, for instance in the Balkans, is the enlargement process, not a selective but a complete enlargement. Many European capitals and Brussels refer specifically to the Western Balkans, meaning the Balkans without Turkey. But for Romania, the Balkans include Turkey. Turkey has a strategic significance and importance, not only in the context of NATO, but also in view of a possible future within the European Union, despite the complexity and the current blockage on most of the chapters of negotiations. Romania understands that the European Union should not neglect its southern neighbourhood.

Romania also organised an intergovernmental conference in the Romanian Senate in Bucharest about the future of the European Union during the presidency in April 2019. Neighbourhood was one of the main topics as well as the Atlantic relationships. Several US congressmen were invited, something that previous presidencies hadn’t done, because the US-EU relationships must remain extremely solid.

Romania plays an active role with the countries of the Balkans, especially in the discussions with candidate countries for a membership in the European Union. Some countries are not yet prepared to take major steps, such as Bosnia Herzegovina. Nevertheless, Romania received high level officials from this country during their presidency and interesting messages were communicated. This is why Romania is ready to support their candidacy. Romania cares also for countries that are officially candidates, such as Montenegro, Serbia or North Macedonia. Also Romania continues to support the candidacy of Albania. The Kosovo question is more complicated. Kosovo is not a recognised state because of international law, not because of political reasons. Nevertheless progress is being made despite the current relationship between Belgrade and Pristina. Serbia is willing to make efforts to normalise its relationship with Kosovo.

Romania is also discussing about the three countries that have signed the political and economic association agreement with the EU, that is the Republic of Moldova, Ukraine and Georgia. Romania strongly supports these countries and was actually the first nation to ratify these agreements through a fast procedure in the Romanian Parliament. Nevertheless, the situation in these former Soviet Union nations was from the beginning fundamentally different and much more complicated than in Central European countries such as Romania. This is why the approach with these countries should be much more nuanced. The European Union should give more value to the efforts that these nations are taking towards a future integration despite their imperfection. We need to understand how costly and how complicated it is for the Republic of Moldova, Ukraine and Georgia to reform themselves when the Russian Federation is occupying parts of their sovereign territories and where Russian intelligence is very active, directly or indirectly. Of course these countries should respect the criteria, make reforms and efforts, but at the same time, the European Union should evaluate their situation in a very different way than the way it did with the Central European nations.

However, Mr Corlatean believed that the intergovernmental conference at the Romanian Parliament in April 2019 succeeded to generate a honest discussion with their European colleagues, even though they were not easy topics in time of European electoral campaign. There was a common agreement that, if the European Union demanded to those countries to respect the criteria, it should also be fair and offer them a clear perspective to become candidates for membership. If the European Union wants these nations to stay engaged in the process that they signed, implying political and budgetary efforts, the perspective of a future candidacy has to be clearly defined, otherwise the process won’t be sustainable in the longer term. A very important point was that, during the summit in Sibiu in May 2019, it was affirmed that together with the defence of a united Europe, it was also necessary to acknowledge the need of a same treatment and standards for all the EU member-states. Such a philosophy has also to be applied for every EU candidates.

Finally, Mr. Corlatean concluded his speech by reminding that the case of the Republic of Moldova is extremely important for Romania. The Republic of Moldova was part of Romania before World War II and 70% of its citizens speak Romanian. For this reason, these people are like brothers to Romanians and should therefore receive the opportunity to become candidates for a membership in the European Union as well.

Arguing with atheists is boring, says Jari Koivu, a Finn who…