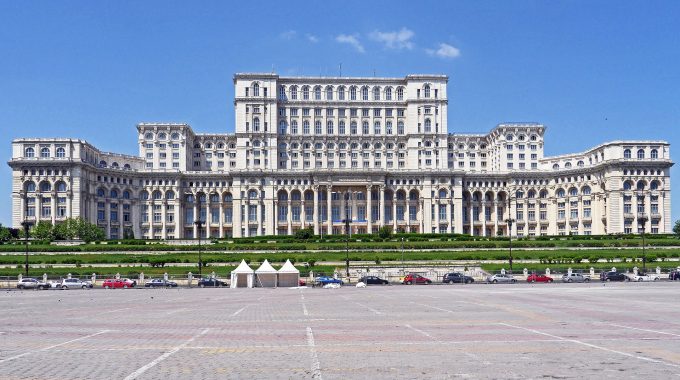 This is a transcript from a speech given by Silviu Rogobete at the State of Europe Forum 2019 in Bucharest.

Whether they are willing or not, accepting it or not, the artists reflect their own worldviews. Even if there is a trend in saying that ‘my only worldview is that I have no worldview’, even this is in itself a worldview.

Propaganda is part of our life. We all promote ourselves and, up to a certain point, it is a healthy reality because we want to project things about ourselves, about our creations, about who we are and we make propaganda for that. We all have Instagram, Facebook and so on. Selfies are very popular. That is propaganda, which in a sense, is self-promotion.

However, the stronger your narrative, or conception, is about life, the more dangerous it becomes. When I say dangerous, I mean that it can be very positive or very negative. This is valid all over the spectrum, from the individual to social entities. A worldview can be reflected in ways that can attract others into the story, into the narrative, or then it can reject others. We can have an inclusive or a very exclusive narrative, about ourselves, about our group or our political party. An extremely difficult fine tuning has to take place and it is a strong battle with ourselves.

Artists are brilliant in feeling the times. Architecture is a crucial field because architects are able to transform a worldview into stones, to put a worldview into shapes. Those who study arts, culture and philosophy know that there is a strong debate between modernists and post-modernists in terms of architecture. The concept of ‘Less is more’ from Ludwig Mies van der Rohe is a very powerful post- World War II rationalist metanarrative of reason, in which we build perfect shaped buildings, if possible only one geometrical figure multiplied a million times (e.g. the Headquarters of the United Nations). This is a very strong statement which says something like: ‘Less is more. We are reasonable and rational people. We messed it up badly in the past but now we can really build the future, by basing everything on our capacity to reason’.

When we believed that things could be sorted out properly, this kind of metanarrative took over on the eastern side of Europe in the form of the Marxist-Communist metanarrative. I was 27 years old when the Romanian revolution took place, so I grew up with this metanarrative in school, where the only official ideology said that we knew exactly the past, we knew exactly the present, how we got here and we knew exactly the future, how to get there. The story was given. We, the priests of the ideology, knew it. We would create a new man that would be able to build communism, that is a social democratic society. This was a metanarrative in which we knew the story. Then we projected this metanarrative and turned everything into rituals and celebrations. For example, the current Palace of the Parliament (see picture) in Bucharest and the main boulevard in front of the building were, in the mind of the dictator, a testimony of the triumph of socialism. The boulevard was called ‘Victory of Socialism’. Everything that was different in terms of architectural, aesthetical and ideological texture, churches, monasteries, and so on, old things extremely valuable and priceless, were demolished. They were standing ‘on my way’ to build the rational future of the world. ‘Victory of Socialism’ was the metanarrative. We had a strong ideology and we projected it. The metanarrative was the idea of achieving unity through the easy way of exclusion.

In the Western world, even if the metanarrative was different, still there was the rationalistic idea that we were reasonable human beings who could build happier societies. In this case, we would invest in the creation of better goods to have better lives. It is another metanarrative that presents us with a brilliant future ahead of us. These were the two narratives of modernity.

Then people came with responses, such as the American architect Robert Venturi, who said ‘Less is not more, less is a bore’. In other words, less was boring. He said that he would not give up the search for unity. Rather he was in the very painful and difficult game of achieving unity through the way of inclusion rather than the easy way of exclusion. This was the reply from those who said that they were not giving up their search for integrity and unity, but who were trying to create space for diversity. They were trying to reach unity by including ambiguity, mystery and by creating space for things that are not understandable in rational terms. This is obviously a very painful process.

Now I move to Christianity because we are here in a Christian reflection group. What am I doing with my vision as a Christian? How am I dealing with it? Do I have such a strong metanarrative that says ‘there is no room for anything else’, ‘either you are like me or you are excluded’? The problem is that when we say ‘like me’? Even if we say that this is good for Christianity, there is usually a lot of rubbish in there. Or am I ready to say ‘I am a Christian, searching for unity and not giving the final answer to everything. I am not projecting the image of myself in my arts, in my presentation of beauty, of aesthetics’? In lecturing, in preaching, in whatever I do, I am not projecting an image of exclusion. I am not saying ‘if you are not like me, bad luck’! We are still building it, we are going to go through. This is my response to both metanarratives. To those who come with a metanarrative such as ‘this is my victory and you are lost’, I would answer by saying: ‘just calm down a bit and try to find unity through the very painful way of accepting diversity rather than dictating it’. This is something that we can reflect on in both situations. I am not going to go back into another structure. I just got rid of something. I am not going to sell my soul to another even more powerful structure. This is what symbolises freedom.

Off to HOT places

THE GIRL BEHIND THE DESK SLAPPED A BRIGHT YELLOW 'HOT' LABEL ON MY BAG, HANDED…

The Rain in Spain

... fell mainly on the Costa del Sol this last week, so it seemed. Romkje…

The Creed That Unites And Divides

Who is your hero?

The heading captured my curiosity so I grabbed the brochure from a display rack, stepping…