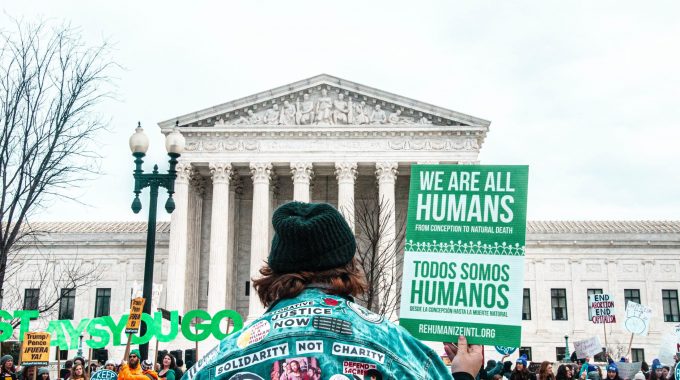 A speech from Alexandra Nadane during the State of Europe Forum 2019 in Bucharest.

I am honored to speak in front of you and I thank those who have made this thing possible. Many people have spoken from this presidium, people who have serious training in politics and diplomacy, and I am glad that the concern for the good of European citizens and European states has brought us all together under the umbrella of this Summit.

I’m 26 years old and I come from the civil society. I was born on April 16, 1993, on Good Friday. The neighbors teased my mother that she was not making Cozonac (traditional Romanian sweet bread) and food for the Holyday to come, and she said that she had something more important to do: go to the hospital to give birth to me. The pregnancy was not easy, but she had the support of an exceptional doctor. He was not a famous doctor, but he always knew how to encourage her and find solutions when problems arose during the pregnancy – for they had appeared.

During my childhood I had many joys, those joys that remain for life a foundation of good. But my parents did not isolate me from the harsh realities of life. I did not have a smooth and comfortable life, and that helped me understand the problems that people around me face. Since I was little I saw what irresponsibility, violence, abuse, abandonment and lack of support can do to people. I’ve met people who had lost their hope, who no longer reached for an open door or a wide hand.

At that age it’s hard to find an answer to the world’s problems, and the easiest thing to do is to revolt. In childhood and adolescence, many of us are experiencing a painful state of helplessness when we become aware of how many problems there are in the world, how severe they are and how absurd they become when they affect innocent and vulnerable people. You feel powerless seeing them, and this helplessness paralyzes the powers of the soul. You feel that you can no longer have hope that you can no longer give, that you cannot imagine a clear future.

In my case, I can say with gratitude that I was saved, from this point of view, by a person who gave me an answer in regards to these torments. He told me that if I want to get rid of the pain and helplessness, I have to personally get involved and cultivate in me the love for people. A person who, in fact, has chosen to help for many years to come.

Then I discovered other people who get involved and change the things around them for the better. I will not talk about them now. What is important is that all of them helped me in the first grade of high school to take the step towards volunteering.

When I was 16, I met a 24-year-old girl whose parents were pushing her to make an abortion. It was the first case of pregnancy crisis I had encountered and at that time I did not even know this technical term, “pregnancy crisis”. I did not know the term, I did not have any counseling course in regards to pregnancy crisis, but I saw that this young woman had a great pain and a desperate desire to be helped.

I tried to do everything I could for her, including talking to her parents and doing a little campaign among my colleagues and acquaintances. The way people joined together to support this young woman, the fact that she gave birth to the baby and her life settled on a better path since then, helped me discover the path I have been walking from then to today: supporting women in pregnancy crisis.

This road is built on a paradox: as wide as it may be, that is, because many women go through terrible pregnancy crises, as narrow as it is, because so few of them are being listened to, understood and supported.

Over time, I think we have heard thousands of pregnancy testimonies. The testimony of every woman who has gone through a pregnancy crisis or a trauma caused by abortion is a painful example of the fear, sadness and despair that they have carried in their soul when they felt only ignorance, silence, and hostility from people around them.

With the belief that I cannot carelessly stand in front of this ocean of pain, at the age of 19, I got involved in setting up the Students for Life Association, an association that promotes life and the support for young pregnant women. Together with my colleagues, I felt the need to speak publicly about the traumas I was becoming increasingly aware of and more and especially about the need to support women in pregnancy crisis. That is why, since 2014, we have been involved in organizing the March for Life. A proof that we are capable of supporting when we know what pregnancy crisis means is the fact that from 23 cities in 2014, this year, in 2019, the March was organized in over 670 places in Romania and the Republic of Moldova.

From the need to provide a complex support, I came to the understanding that there is a need for qualified and institutional support, and since 2017 I have been coordinating the Counselling and Support Centre for Parents and Children “Saint Alexandra the Empress” in Bucharest. By the way, the Centre is not named after my name, but it was named at the request of the main person who was sensitized by the reality of the pregnancy crisis and wanted to help. Since then, we have been striving to support parents, families and pregnant women who go through difficult situations with counseling and social assistance programs.

Regardless of your political positioning, I think you know the personal motivation that the current US president invokes about his pro-life attitude. He understood the reality of the pregnancy crisis when a pregnancy crisis occurred in a friend’s family where one of the spouses wanted to keep the baby and the other one wanted to have an abortion. The two spouses finally chose to keep the child, and when the baby was born, Donald Trump understood that everything that had happened had been about the life of this wonderful and real child.

But I’m telling you today, as I often say, that after we feel these pains and understand the consequences of the lack of support, concrete and effective tools are needed.

There are many needs, many directions of intervention, many people who do something for the common good, and you are among them. I do not ask you to leave your activity, but please think about what you can do, even in your field of action, in order to support women in pregnancy crisis.

It is an absolute duty to participate in setting up support centers for women in pregnancy crisis in as many places as possible.

It is natural for me, thinking about the future, which is none other than the future of our children, that we should grant an allowance to pregnant women, for they are the first ones to protect the children of this future.

Generally, we need to create public policies to value the pregnant woman, recognizing her unique contribution to our good and to building the future.

Obviously, there is a need for much more public accountability in order to stop discrimination in the professional environment of a pregnant woman.

I dare to say that being pro-life is a call for each one of us, all of us who understand that we are talking about a national and international crisis – in Romania there are more than 23,000,000 legal surgical abortions, only in the public hospitals from 1958 to today; around the world there are more than 1 billion abortions since 1918 to today.

By caring for the pregnant woman and wishing to support her when she is going through a pregnancy crisis, you yourself can think of many ways in which you can help her!

This is my message to you, of appreciation for your work and prayer to act in your field with the awareness that there is a need and you can activate as pro-lifers.

Only through our conscious work together, the states of Europe will be able to say that they have done what there was needed for their citizens.

Counselling and Support Centre for Parents and Children

A conversation between Evert van de Poll and Dr. Teodor Baconschi after the speech of…

Yes, the photo's upside down! Actually, that's how it appears on the cover of…