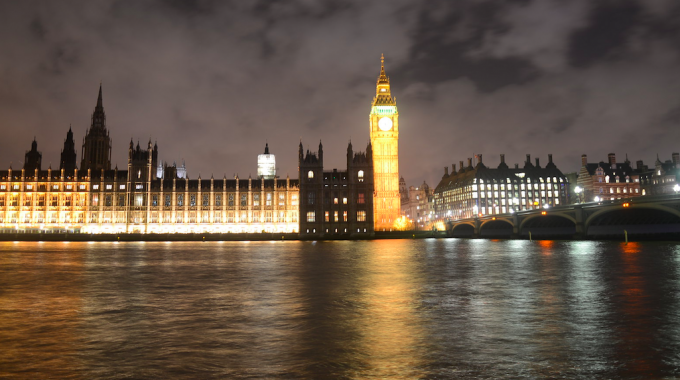 This is the last part of a lecture given by Dr. Michael Schluter (Jubilee Centre) in Northern Ireland, in which he spoke about the need for Christians to seek both evangelism and the transformation of society. For the other parts of the lecture, click on the tag ‘Jubilee Centre’ below this article.

In responding to these issues we have tried to take this relationship theme and to translate it into a basis for public policy.[1]

In the area of criminal justice we’ve tried to develop the concept of relational justice, which bears some similarities with concepts of restorative justice. We argue that the purpose of the justice system is not just to uphold the moral order but to put things right between the offender and the victim.

On the issue of finance we’ve been looking at the implications of the Biblical prohibition on interest which we believe Jesus underlines in Matthew 25. Jesus is suggesting that a loan contract based on interest gives the lender a financial return which is fundamentally illegitimate. The lender is reaping where he has not sown. (Matthew 25.26-27)

We are also looking at health matters. In particular we are looking at how we define health. Ill health is not simply the invasion of a micro-organism into the body to be combated by medical technology. We also need to look at the role of stress in ill-health, examining the link between cancer and bereavement or moving house. relationship issues are a major cause of ill health.

In the area of urban regeneration we look at the city, not just as a place in need of physical regeneration, but as a matrix of relationships. We then look for ways to deal with people’s relational needs as well as their physical or financial needs. I hope this shows that there is potential for Christians to define a whole relational agenda. and I very much hope that some of you here tonight might begin to define that agenda for Northern Ireland.

What are the implications for Christians in the political environment? Well, firstly, we believe that it is vital to build support for this relational approach to a shared social vision across all sections of the community now. So we would want to encourage ECONI[2] to get involved in looking at the agenda for Northern Ireland. Equally, we would want to see Christians bringing the relational approach into every level of public life – into companies, into the civil service, into local government, into charities. In all of these areas there is the potential to start to look at policy and life in terms of relationships, and we want to encourage every Christian to start bringing those relational values into their areas of work.

Finally, I want to stress the priority of evangelism over social action as the foundation of relational motivation and, more importantly, as recruitment for God’s eternal kingdom. I say that as someone who has given his life to social action, having been deeply involved for at least twenty-five years in trying to bring Christian values into public life. But I still believe that evangelism is the priority for Christians. I believe we must see our social action not just as part of a creation mandate, not just as part of our stewardship of God’s creation – though it undoubtedly is this – but also as part of the second great commission to make disciples of all nations.

Just as John the Baptist prepared the people for the coming of Christ, so the work we do in trying to transform society and trying to bring our values into society, into our schools and hospitals, into our businesses, into every area in which people work, is a preparation. That engagement with society is where people see what our Christianity really means. For if we say we are passionate about our relationship with Jesus Christ but then show no concern for the society around us, then people are going to conclude that our commitment doesn’t mean very much. Therefore, our attempts to transform society are vital as a precondition and as a foundation for evangelism.

While the changes we may make in the social or political order are important we have to realise that of even greater importance is the membership of and recruitment into the kingdom, for that has eternal significance. We mustn’t lose sight of that overwhelming mandate that we have from Jesus himself to make disciples of all nations, introducing them to a relationship with Christ and helping them to grow in that relationship. This caveat is also found at the end of the passage from Matthew that I quoted. Jesus says, “For I tell you that unless your righteousness surpasses that of the Pharisees and teachers of the law you will certainly not enter the kingdom of heaven.” No amount of practising and teaching the law will get a person into heaven – for that there has fundamentally to be an act of God’s grace.

[2]ECONI: Evangelical Contribution on Northern Ireland – former name for the Centre for Contemporary Christianity in Ireland

The sun: a pale reflection…

IT'S THE SUMMER SOLSTICE IN THE NORTHERN HEMISPHERE, the winter solstice south of the equator.…

How can we nourish our own spiritual lives through drawing from historical wells? This was…

Let me exercise the freedom of expression everyone on the streets says they are defending:…