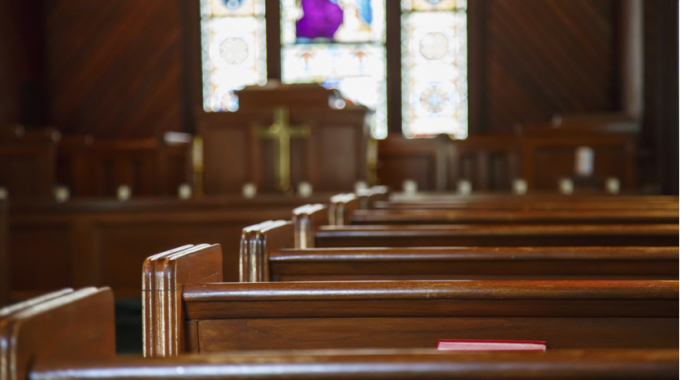 An article from Vista Magazine (edition 31)

Responding to the biblical mandate to communicate and to live out the gospel of Jesus Christ, forty theologians, missiologists, social scientists, and mission practitioners from all regions of the world have come together in Rome for a renewed focus on the key topic of Christian witness among nominal Christians. We have done that in ‘the Lausanne spirit’ of prayer, study, partnership, hope, and humility, and with a renewed sense of the urgency to fulfil the task that the Risen Lord has given his church.

In approaching our task, we built on the rich evangelical heritage of the Lausanne Movement with The Lausanne Covenant (1974), The Manila Manifesto (1989), and The Cape Town Commitment (2011) as the three foundational documents. In previous documents and gatherings, the Lausanne Movement already reflected on the missional challenges of nominal Christianity as it relates to Roman Catholics, Orthodox, and Protestants. We now take these reflections further with a view to the current situation, and by including nominal Christianity as it relates to evangelicals.

Being aware of the danger of superficiality and over-simplification, we have chosen a fresh approach from the three different, yet interrelated, perspectives of social science, theology, and missiology.

From a sociological point of view, the phenomenon of nominal Christianity is often described negatively in terms of Christians who are not affiliated, not practising, not converted, or not committed. The fundamental limit of these markers is that they are all defined by negation. The aspects of believing, belonging, and behaving suggest that the following dimensions might be used as parameters:

1. Initiation (becoming a Christian); 2. Faith (spiritual experience, believing in); 3. Beliefs (knowledge, believing that); 4. Church attachment (membership or other affiliation); 5. Church participation (attendance and ministry); 6. Spiritual life; and 7. Practice in daily life (personal and public). These parameters may then be used to evaluate orientation and direction of travel towards or away from maturity in Christ.

Pulling these threads together, nominal Christians can be described as follows: People who identify with a Christian church or the Christian faith, but are in contradiction with basic Christian principles with respect to becoming a Christian, faith, beliefs, church involvement, and daily life.

Theologically speaking, while the name ‘Christian’ was already in use during New Testament times, it later became the self-designation of the followers of Jesus. Interweaving different biblical threads about the identity of being a Christian, The Lausanne Covenant refers to a person with the following characteristics:

1. Faith in the historical, biblical Christ as Saviour and Lord; 2. Repentance towards and reconciliation with God; 3. Commitment to discipleship in following Christ, by the power of the Holy Spirit: denying self, and taking up the cross; 4. Incorporation into Christ’s community, the local church; and 5. Engaging in responsible service in the world for Christ.

Conversion to Christ is fundamental to Christian faith. Without repentance and faith in him, turning from sin, trusting him alone for our salvation and transformation, and obeying him as Lord, there is no authentic Christianity. How to relate conversion to Christ to the ordinances (sacraments) and the participation in the church is a matter of ongoing discussion even amongst ourselves as evangelicals.

From a missiological standpoint, a fundamental observation is that nominal Christianity is more of a problem when Christianity finds itself in a dominant or a majority situation, especially when Christian faith so shapes culture that there is a confusion about the nature of one’s identity. Nevertheless, the reality is that nominal Christians may be found in every congregation, every denominational tradition, every theological stream, every generation, every cultural context, and every diaspora people.

Furthermore, nominal Christianity may take different shapes in majority Protestant, Catholic, and Eastern and Oriental Orthodox contexts, and in places where Christians are a minority. It is also shaped by culture, race, and generation. We realize that the missiological challenges of reaching out to nominal Christians with the gospel of Jesus Christ also apply to situations and contexts where evangelical Christianity is a majority or a significant presence in society. This is true in the West as well as in the Global South, and in historic churches as well as in younger ones, including immigrant churches and people on the move. We also realize that nominal Christianity has contributed to a negative reputation of the Christian church, including such demanding realities as secularization, moral confusion, racism, colonialism, and prosperity theology. Therefore, the task of ‘bearing witness to Jesus Christ and all his teaching, in every nation, in every sphere of society, and in the realm of ideas’ is no less urgent in nominal Christian contexts. The first point of the Lausanne fourfold vision—‘the gospel for every person’— applies equally to those who carry the name ‘Christian’ but have never truly understood or welcomed ‘the gospel of God’s grace’ (Acts 20:24). We renew our commitment before God to be humble witnesses to Christ and courageous agents for this task of bringing home the missing Christians for the global church and for the glory of God.

The divides of Europe

The message of the Gospel was the primary life source of the European continent. Yet,…

Honour where honour is due

You could mistake him for Gandalf, with his long grey beard and priestly robes. And…