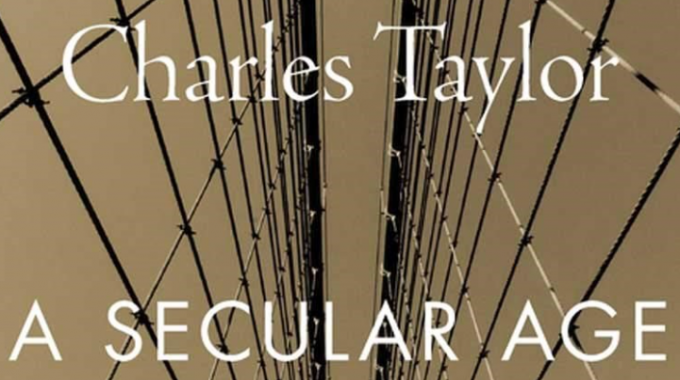 An article from Darrell Jackson for Vista Magazine

This single survey is hardly a game-changer, but it does seem to confirm what other surveys of the last five years suggest: that it’s time for are view of the way that many Christians in Europe have become conditioned to thinking about faith across the continent. Most of us tend to see the history of Christianity in Europe in two main periods. During the first period from around the 4th to the 18th century, Christianity provided the framework for understanding morality, faith, social order, God, and just about the whole of life. After the Enlightenment of the 18th century, science and reason overthrew religious credibility and authority and the slow, steady demise of Christendom set in. If life in the earlier period was lived under a sacred canopy, in the latter it was lived from a secular launchpad.

For academics who retained an interest in studying European Christianity, a debate raged about how best to support this version of events with the best statistical data available. Callum Brown provoked attention (and sales) with his book The Death of Christian Britain (2001, 2009). Grace Davie puzzled, at a late stage of her thinking, over Religion in Britain: A Persistent Paradox (2015). Some argued that modernity was necessarily and inevitably secular. Others described national Churches dealing in things of ‘ultimacy’ and ‘transcendence’ on behalf of their respective nations. The debate was lively and fascinating.

In the middle of these debates, I was trying to advise Baptist churches in the UK about the nature of their mission task through into the early 2000s. It was challenging. Many church pundits and commentators were convinced that secularism had triumphed, the churches were in terminal decline, and that the churches of Europe should either oppose science and reason to their dying breath, or that they should strike an uneasy truce with secularisation.

Twelve years ago, Charles Taylor took around 800 pages with A Secular Age (2007) to tell a different story. Taylor was a Catholic, Canadian philosopher with a huge reputation. In 800 pages he says a lot of things that deserve much more space than we have available in this short article. However,it’s worth trying a short summary.

Here we go! Taylor suggests there are three ways to understand how ‘secular’ is used. Firstly, prior to the fifteenth-century Protestant Reformation, ‘secular’ was used to describe all the non-sacred things that religious people did. Eating, washing, travelling, and trading, for example, were all ‘secular’ activities, pursued by religious people with a sense of the transcendent presence of God, or the divine. Secondly, following the Reformation (‘The Reformation is central to the story I want to tell’, A Secular Age, p.77), and fuelled by the European Enlightenment, ‘secular’ became a way of describing the non- religious.

You were either religious or secular, being both was no longer possible. People could now choose to live their lives without the approval of a transcendent being. Instead, they could live mostly self-validating lives with reference only to immanent realities such as human reason, the nation- state, science, etc., and in some cases developed extreme hostilities to religion.

Taylor argues that European Christians have largely accepted this second understanding. As a result, we have typically tried to live out our Christian witness by picking a fight with human reason and science. The problem with this, if Taylor is correct, is that our arguments then rest on the same assumptions that reason and science rest upon. Simply put, we often resort to logic, historicity, and empirical defences of our faith. These are arguments based in the appeal to immanence.

Taylor argues for a third way of understanding ‘secular’: that religious and non-religious people alike are secular because we inhabit an era in which
faith, atheism, and humanism are all available as options. More than this, they are options that do not have to be watertight categories. Taylor notes that there have always been people who, ‘want to respect as much as they can the ‘scientific’ shape of the immanent order… but who cannot help believing that there is something more than the merely immanent…’ (p.548).

For Taylor, the loss of transcendence in a secular age is disastrous for human beings. Elsewhere, his work on ‘social imaginaries’ is his personal effort to re- engage human beings with story, mystery, the poetic, the numinous, and the imagination. European Christians who refuse to deal with the miraculous, the presence of angels, the inspirational lives of saints (they don’t have to be Roman Catholic saints!), the real presence of God in the everyday, the possibility of sacred spaces, the necessity of resurrection, the reality of evil with personality and intelligence, and the life everlasting, among many others, have simply lost sight of the missional power of these elements of our Christian story.

Taylor would encourage us to refer to all these, often, and to tell stories that inspire and stimulate imaginative leaps (slowly shuffling forward might also be OK) that enlarge the possibility of faith for those willing to listen. He talks of ‘the power and genuineness of the experience of wonder’ (p.607), for example. A growing number of evangelicals see that Taylor’s insights encourage an approach whereby apologetics that rely on story and narrative are more persuasive, and convincing, than apologetics that rely on argumentation and empirical data alone.

Charles Taylor’s A Secular Age is not an easy read. It’s big, for one. However, he writes in such a rich and compelling way that it’s easy to miss the fact that he’s actually telling us a very sophisticated story. He also quotes poetry at length (see pp.761-765, for example). That’s all deliberate, because he’s trying to persuade and inspire the imagination of his readers in a way that he argues is necessary in our secular age.

Reading Taylor is also an immensely hope-filled and optimistic exercise. Reviewing him for The New York Sun, Michael Burleigh captures this well: ‘A salutary and sophisticated defence of how life was lived before the daring views of a tiny secular elite inspired mass indifference…’ Taylor offers the intriguing prospect that we may yet see a return to an “Age of the Spirit.”

Taylor frequently talks of the shared human ‘aspiration to wholeness and transcendence’ (pp.262-627). As a Roman Catholic, Taylor would not be embarrassed by Christians engaged in thoughtful and genuine efforts to re- enchant Europe by planting many and varied seeds of transcendence. Such language might seem a long way from what many of us understand when we use phrases such as ‘proclaiming the gospel’. Taylor wouldn’t distance himself from this, but his work does challenge us to reconsider whether our understanding and proclaiming of the gospel has lost all sense of enchantment and transcendence, and is instead too much reminiscent of a verbal ‘fist-fight’.

If we were, instead, to re-learn the art of narrating the gospel in a way that captures its weird, miraculous, other- worldly, subversive, and transformative intent, it is still possible that Christ’s followers in Europe will live to feel that they have contributed, in someway, to a future ‘Age of the Spirit’.

Things they never dreamed of

SIXTIETH WEDDING ANNIVERSARIES ARE RARE EVENTS WORTH CELEBRATING. The main reason for our down-under sojourn…

The future of the family

Hands up everybody who has aunts, uncles and cousins. According to author George Weigel, only…

A column in de Volkskrant, a leftish Dutch newspaper, grabbed my attention this week: ‘Europe must rearm itself,…

Many Christians wonder if God is still welcome in Brussels.  After all, wasn’t he banned…