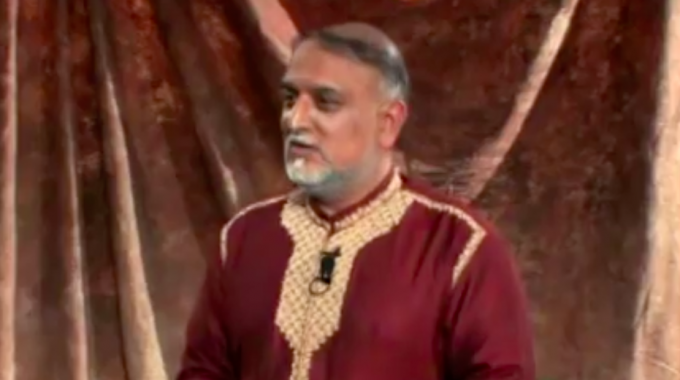 Dr Vishal Mangalwadi spoke on ‘Must the sun set on the West?’ at Christ Church in Amsterdam during a Schuman Lecture on May 30th, 2010.

You can see another conference on the same theme that Dr.Mangalwadi gave at the University of Minnesota in the United States and read the summary here below.

The West is changing: Interest towards the occult has been rising while people embrace a lifestyle of drugs, free sex and an unrestrained pursuit of money.

In Europe we see that the white population is in decline while the Muslim population is increasing. If it continues like this, Europe could become predominantly Muslim in two generations.

Historically, the soul of Western civilization has been the Bible. Every US president (even an unbeliever) has always taken his oath with his hand on the Bible.

If the Bible is removed we cannot make statements such as ‘we hold these truth as self-evident, that all men are created equal’. Evolution is an expression of inequality. Equality is not self-evident, it is a biblical theological assumption.

Atheists assume equality only on the basis of the Bible. This book doesn’t foster inequalities but restores the inequality that had been caused by the Fall. There is therefore no reason to reject the Bible.

Today universities are teaching that words do not really matter and that oaths or creeds should not be taken seriously. Marriage is an oath between man and woman but the legal system states that oaths do not have to be kept.

Jesus lived by the Scriptures. He often began what He was saying with: ‘it is written’. And He kept His word.

A commitment to keeping oaths was the factor that generated a culture of trust in the West. With this in mind we can indeed see that the sun is setting on the West! But how do we move from darkness to light?

When I was at university, we read the writings of people with great minds who did not know the truth. As a student I was struggling with skepticism. I reasoned that if these great minds were unable to know the truth, how could I know it?

I could have defined myself as an atheist, but that is a non-worldview.

When I decided to read the Bible, I discovered that it claimed that all nations would be blessed through Abraham. This was a clear reason for people of all nationalities to read this Jewish book. But it also lead me to a question: if the Bible was true, how had God blessed India through Abraham’s descendants?

After looking into this question, I discovered that the university, the existence of democracy, our written language and the rule of law were all God’s blessings to India. And they had come through Bible-believing Christians. God had kept His Word.

Even though Christianity has blessed the world, the West has rejected its message and thus its own soul. Nihilism or atheism cannot provide a foundation for life or for a civilization because they are non-worldviews. Because of this the West is going to become such a vulnerable community that Islam can take over and fill that vacuum created by the intellectual elite which has amputated the soul of Western civilization.

The other possibility is that the West will realise that the modernist rationalist attack on the Bible is misplaced. Even though it is finite, human reason has validity simply because God is a rational person and we are made in his image. If we remove God, there is no ground for reason and no reason to trust reason.

To claim that atheism is rational is philosophically absurd. Believing in the rationality of man only makes sense if the human mind is made in God’s image.

The sun will set on the West but there is a possibility of revival. This revival is possible and desirable, but to experience it, we need to get back to the Bible with humility. We need to try to understand it as more than a worldview. Instead we need to read it in order to find grace so that the truth becomes real to us. We need to make this faith personal, internal and find salvation, the Holy Spirit, sanctification and transformation so that we can live by biblical spirituality.

When our lives are ruled by the spirit of God, it will ultimately lead to a revival. We can move from darkness to light – but the light has to be in our hearts so when there is darkness we can let the light come in.

Impact and Perspectives on Medical Sciences This Tuesday, on June 2, we will have the…

How Can the Church Contribute to the European Project Today?

Romanian TV presenter of Europa Christiana, Sever Voinescu leads a debate during the state of…

A special message from Jeff Fountain

Watch this special message from Jeff Fountain, director of the Schuman Centre for European Studies…