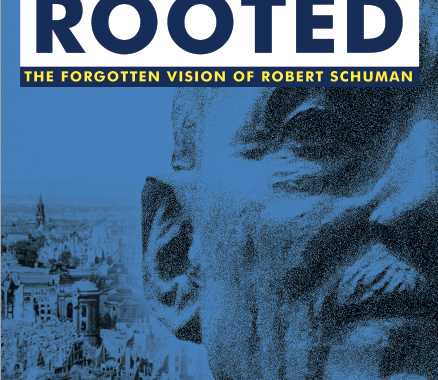 The largely unknown story of the spiritual father of the European Union, Robert Schuman, who envisioned ‘ a community of peoples deeply rooted in Christian values’. His years of imprisonment during the war, followed by escape and going underground gave Schuman much time to reflect on the kind of Europe that would make war unthinkable, a quest that was recently rewarded by the presentation of the Nobel Peace Prize to the EU.

Living as People of Hope

An encounter in Budapest with a woman describing herself as a pagan, feminist, archetypal psychotherapist sets…

The Little Town that Blessed the World

Towards a Europe of hope, healing and hospitality

The report of the 2017 State of Europe Forum, Hope, Healing and Hospitality, held in St Paul's Pro-Cathedral, St…

The Paradox of Freedom