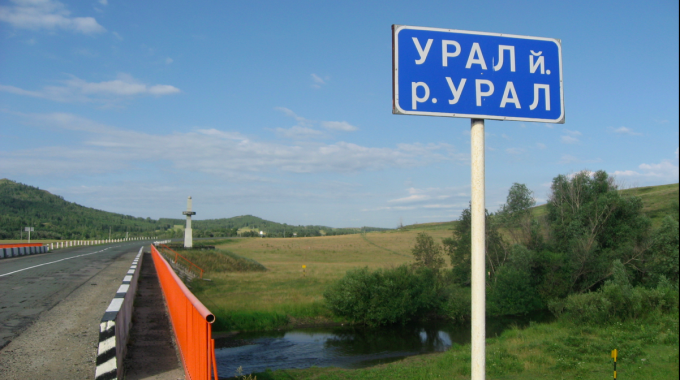 Dr. Evert van de Poll continues his discussion on the understanding of Europe as a continent. This is an extract of the future reedition of his book ‘Christian Faith and the Making of Europe’.

From the Greeks, the name Europé passed on to the Romans, who took no special interest in it. The Roman Empire united the regions north, south and east of the Mediterranean Sea, which they therefore called mare nostrum, ‘our sea.’ They also borrowed from the Greeks the idea of civilisation and its corollary, ‘the Barbarians outside’. All the conquered peoples were brought under the umbrella of a Greco-Roman civilisation. People living outside the Empire, such as German and Celtic tribes in the north, were simply called ‘Barbarians,’ and their ways of life considered inferior.

Maps from the beginning of the Christian era have survived on which Europa appears to be a reduced area in the Balkans, more or less the same as the European part of present-day Turkey. On a map drawn in the fourth century CE, this is the name of one of the six provinces of the Diocese of Thracia, the territory immediately surrounding Constantinople, at that time the new capital of the Roman Empire and the centre of the Christian world. Does this mark the beginning of the association between ‘Europe’ and ‘Christendom’?

During the Roman period, the name ‘Europa’ was rarely used. It corresponded to the regions north of Italy, while excluding Scandinavia, the British Isles, and the Iberian Peninsula.

The present-day geographical meaning of Europe as a continent emerged in the Middle Ages. Cartographers at that time agreed as to its contours in the south (Mediterranean See), the west (Atlantic Ocean) and the north (Arctic Sea), but the eastern contours remained uncertain. When Europeans began to explore the rest of the world, from the end of the fifteenth century onwards, they gradually acquired a more accurate knowledge of the contours of the lands beyond. Geographers divided the world in continents, divided by seas and oceans, but as cartographers drew their world-maps, their own continent proved to be the most difficult one to delimit. There was uncertainty over the delicate question where Europe ended in the east. For one, the Russian ‘hinterland’ was unknown territory for most Europeans. Besides, no clear-cut natural division existed that marked where European Russia ended and its Asian extensions began. In the eighteenth century, with the advent of the modern era, the scientific world finally agreed on the contours of the continent. From that time onward, Europe has had the boundary with which we are now familiar. It reaches from the Atlantic Ocean in the west to the Ural and the Caspian Sea in the east. In the south it is bordered by the Caucasus Mountains, the Black Sea, the Bosporus Strait, and the Mediterranean Sea.

This boundary had first been proposed by Tsar Peter the Great in the seventeenth century because he wished Russia to be part of Europe. In 1730, the German cartographer Philipp Johann Tabbert, also called Strahlenberg, followed the lead given by the tsars, and presented a detailed geographical description of the eastern limit of Europe. Geographers have adopted the demarcation line as described by Strahlenberg. For that reason, Europe and Asia are now separated by the Ural Mountains and the Ural River that flows from there to the Caspian Sea.

Europe is a small size continent. Africa and North America are four times as large, Asia five times as large. Geographers often call Europe a subcontinent or a peninsula of Asia, because there is no natural border between them, comparable to the Indian subcontinent. Together, they are called the Eurasian continent. Europe only represents one fifth of this enormous landmass, as we can see on this map.

(Picture above: a bridge above the Ural River)

Occupy… until I come

This week I read what the global ‘Occupy’ movement is really all about. It’s basically…

Christian social reform: What is the agenda? (Part I)

Who was the last pop star you heard of who converted to Islam? Cat Stevens?…

What sort of leadership?

Yesterday Reformation Day came and went, but few outside of conservative church circles would have…

Two years ago, the participants of the State of Europe Forum 2017 signed the 'Malta…